​What are Breakout Rooms?

Breakout games, played in a physical location, where you and a group of friends or colleagues will be locked in a room and given an hour to escape. Solve the puzzles, find the clues and work out the solutions in your bid for freedom. Laugh together whilst you work as a team to breakout as fast as you can.

​You and your band of Knights serve the White Queen. Your quest is to breach the Red Queens castle and steal the crown to return it to your Queen, with your head still attached! You will need to solve puzzles and evade detection before making a clean get away with the enormous Royal Crown. Don't get caught or it will be "Off with your head!"
Book Adventures in Puzzle Land now and test your skills Between 2-6 player per game.

Single households or Extended "Bubbles" only at this time
Book Now 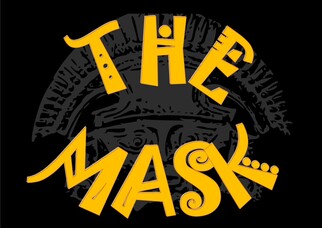 ​Pachacutec, was the most powerful Inca Emperor of the entire Empire, yet his body and tomb remain undiscovered. Legend has it, that the Emperor is buried with his great wealth - including the Gold mask of the Sun God Intu - deep within the hills. The entrance to the tomb is only visible during a solar eclipse, the next of which is due to take place in the next hour, and then the fortune will be lost for yet another 360 years. A private collector has offered a large reward for the lost mask, but time is of the essence, your quest is to find the mask before the end of the eclipse.
Heads Up; One member of your team will need to stand on an uneven surfaces as part of this game
​
Single households or Extended "Bubbles" only at this time
Book Now 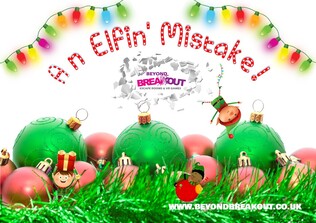 ​Can you help Woody the clumsy elf to find the answers to the Christmas list after he spilt his hot chocolate on it?
This is a fun game for all ages with lots to get the brain cells working.
​Opening November 20th, available to book now.
Please let us know when booking if you are bringing a primary aged child with you and their name there is an extra puzzle for youngsters where they can unlock a little gift in the game

​Single households or Extended "Bubbles" only at this time
Book Now

Tune into ELF FM this Christmas with your favourite team

Wake up to Breakfast with Roody Doody

Get to the Heart of todays News With Ivy McVine

Book a Game
Buy a Voucher